Electric ranges let you cook food just as well as you could on a gas range once you get used to how the heating works and you figure out any quirks that your particular range has. If you've had continual problems with the range, such as not getting power to a certain burner or having burners fail repeatedly, it may be tempting to throw up your hands and wish for a gas range. But the problem may lie, not with the range, but with something you're doing to keep the range clean: lining the drip pans with foil.

The foil is supposed to catch drips instead of letting them land (and dry) on the actual drip pans. The logic is that it's simpler and faster to replace the foil than it is to clean all the dried food off the metal drip pan, and this part is definitely true. However, foil can also reflect heat back up onto the undersides of the heating elements. That added heat on top of the heat that the element needs for cooking can actually cause the element to overheat and basically burn out. That may sound strange because so many people have used foil with no problem – or so you thought. A lot of these people are damaging the heating elements on their ranges and not realizing it.

When wrapped "correctly" (that's in quotes because the truly correct thing to do would be to not put foil on those drip pans in the first place), the foil should be flattened so that none of it touches the heating element. The opening in the drip pan where the heating element connects to the socket for power is a problem, however. It's kind of easy for the foil to accidentally touch that part of the element, and if it manages to touch the part going into the socket, that could cause a short. And this isn't as difficult to achieve as you might think; all it takes is a poorly placed drip pan and loose foil.

The foil is meant to catch food when it spills over the side of the pan, but if the element is hot enough, that food can catch fire (and then the heating element is not salvageable). This is more of an issue with things like grease, but stopping to evaluate fire risk when the pan boils over is just not practical. You have to assume that what spilled over could potentially catch fire. Changing the foil immediately after you're done cooking isn't enough because fresh food can ignite, too.

If you've been using foil to line those drip pans, call a range repair service to have the range checked out even if you haven't had problems. You're likely affecting the heating element already, and it's best to repair any damage now before it gets worse. 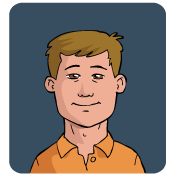 The first time that a burner on my electric stove stopped working, I was stunned to see the technician lift the top of the stove to expose the wires underneath. When I saw how easy it was to just plug it back in, I felt like I'd wasted money on the service call. That's when I decided to research appliance repair so that I could troubleshoot things on my own. This blog is a collection of the things that I've learned through my research. I hope that the information here makes it easier for you to spot the signs of trouble and fix them on your own.